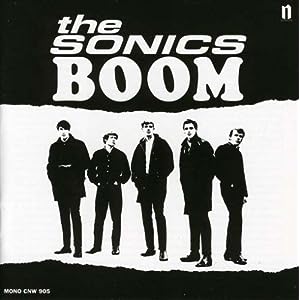 The Sonics bass player Andy Parypa later joined Portland band The Kingsmen with Barry Kurtis, who was also in The Daily Flash. Don Wilhelm of The Daily Flash was also a founding member of The Army, which, later changed their name to Heart. In the 2002 Heart was joined by bassist Mike Inez, who was originally in 90’s grunge band Alice in Chains. The Alice in Chains song “Right Turn was recorded by of members of Alice in Chains, Soundgarden and Mudhoney. Mudhoney’s Scott McCaughney was also in a band called The New Strychnines who were known for playing Sonics covers. Mudhoney drummer Matt Lukin was also a member of sludge band The Melvins. The Melvins drummer Cody Willis used to be in The Murder City Devils with Derek Fudesco. In the early 2000’s Derek Fudesco was in Pretty Girls Make Graves with J. Clark of Sharks Keep Moving. Sharks Keep Moving bass player next joined teen screemo band The Blood Brothers and is now touring the globe with indie folk powerhouses the Fleet Foxes.

This entry was posted in Connections and tagged The Fleet Foxes, The Sonics. Bookmark the permalink.