We here at band map central are super excited to be a part of Nordstrom’s Seattle Music Project. To celebrate the history of Seattle’s music scene, Nordstrom will feature rock n roll photos, memorabilia, original artwork by Keith Whiteman, and of course, music-inspired fashion.

The exhibit runs Sept 21st – 30th, so come on down to the downtown Seattle Nordstrom this week to check it out!

(thanks Gwen and Jill for the photos!)

Ladies and Gentledudes,
It is my pleasure to introduce the 2012 Capitol Hill Block Party Band Map. Hand made by the one and only Keith Whiteman, look for this baby to be standing well over your head inside the block party grounds. It shows how the bands playing Block Party are interconnected (neat!).

And, you can pick up your very own mini-version for $20. (If you’re not gonna be at Block Party, but want one anyway, email seattlebandmap@gmail.com).

Big congratulations to Band Map intern Serena Wang, who’s spent all year helping build out the Seattle Band Map’s database as part of our forthcoming redesign. Thanks to her work, soon, when you search for a band on the map, you’ll be able to find a host of new information about upcoming events, albums and even be able to purchase songs. You can see her UW iSchool Capstone presentation here:

Remember last year when we took the Band Map to the Connected Communities Symposium in Newcastle, UK? We’ll they’ve published all the talks in a new book, check it out!

Rachel Ratner (RR): What is BLDGs?

Aaron Schroeder, Man in Charge at BLDGs (AS): I actually don’t know anymore. At one time I thought it was just a recording studio. Then I start dabbling in film, and then I started recording live shows. Now it just feels like a tool for me to help showcase every band that will let me mess with their shit. It’s about helping as many bands in as many ways as I can. Every band I work with I want to succeed, so the more I can do for them the better I feel that maybe they will succeed. More importantly, it’s the word BUILDINGS without the vowels or the N.

( RR) You used to live there for a while, what percentage of the time did you go to work in your pajamas?

(AS) Pajamas? My best creative work is done in the nude.

(RR) In today’s world of personal home computer recording equipment, has the role of a recording studio changed? Is it less important because everyone can record their own stuff? Or more important? Or the same?

(AS) I think recording studios have definitely taken a hit from home recording. Bands recording at home added with recoding engineers buying their own gear and offering lower rates to rec’ at their homes, it gets hard for a studio. However, there are things that studios can offer that you can’t get with your everyday home set-up, like top shelf mics or quality compressors and EQs or most importantly FUCKING PRE-AMPS. Nice mics and nice pre-amps equals great sounding recordings. Most of the Pre-Amps that are consumer level BLOW MAJOR ASS! If you want a quality PRE-AMP expect to burn $1,000 bucks a pre. Most kids don’t realize this, or just don’t care and use 57s and their Tascam 4track for everything. Which I think is cool, and that way or recording has its place. I’ve got a lot of 57s and a Tascam Portastudio on hand, and I use them often.

I also think, however, that a lot of bands are learning that they can do both. I see a lot of bands recording at home then bringing in the tracks for mixing or overdubbing vocals or just plain old mastering. This can also work the other way around. I just finished a session were they just wanted to record the drums, then went home and overdubbed the guitars and vocals. A smart studio will learn how to integrate the aspects that draw bands into recording at home. The Lo-Fi vibe of home recording is very hot right now, and I think a good studio will learn how to mix that Lo-Fi vibe with Hi-Fi sound. If you do that, bands will come. Also, discount rates never hurt either. Bands are poor, so if you can offer them a fee they can handle, they will almost always pick the studio over the built in computer mic. I think this problem really only applies to smaller boutique studios though. Your big time LA, NYC, and Nashville studios are probably doing fine, mainly because theirs is a market where high fidelity recording is still in high demand. I could be wrong about that though, I haven’t stepped into a big budget studio in over a year. Fuck those guys though. Stupid big ass expensive studios. I’m not jealous. Seriously though, if you are a smaller studio you gotta do/offer something different, bottom line. I’ve found the way that makes BLDGs unique for now, but that will only last for so long before I gotta come up with another idea.

(RR) In addition to BLDGs being a recording studio, you’re up to a lot of neat stuff, like the 12band project (where you recorded 12 bands in 12 hours, yowza!), and recording live sets from bands at clubs. What else you got up your sleeve? Are you wearing sleeves?

Now that the 12bandPROJECT DVD is done, and I have a sturdy hold on pumping out the Live! recordings I have been rolling around a few ideas, but I’ll keep them quiet for now. I can tell you however I have been talking with USF and we are going to do a collaboration ambient track, and I’ve had a small discussion with Nate Kruz of Detective Agency and Ziskis about collaborating on a song as well. also, FUCK SLEEVES!!! I wanna host a murder mystery dinner. Jump from an airplane and record my screaming. Eat a snail in Cambodia. Hike up Mt Rainer. Find out how many licks it takes to get to the center of a tootsie roll tootsie pop.

(In true Band Map fashion, Aaron not only runs BLDGs but has performed as a musician with Thunder Buffalo, Branden Daniels and the Chics, Battle Stations, Mansized Heartache and prolly a bunch more!)

The Band Broke Up

Check it out! Windson, Ontario’s got a band map, on display now!

Check out the band map, right before our convention center presentation!

The Seattle Band Map is gonna be back in Austin for this year’s SXSW!

It will be on display at the Austin Convention Center throughout the festival.

And, for a treat, stop by the Convention Center Wed, Mar 14th at 11:45am (sharp!) to hear The Seattle Band Map’s own Keith Whiteman give 15 min talk about the Band Map (and see the map itself, which he designed, on display in all its glory).

Keith Whiteman is in Grave Babies who will be touring down to Austin. Check em out!

And while you’re down there, check out all the great Seattle bands that will be performing (Playing a SXSW show that I haven’t listed? Let me know about it and I’ll help promote!) 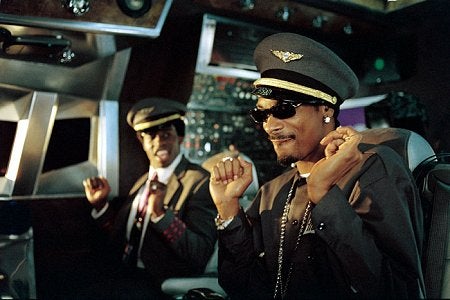 The Seattle Band Map was asked to participate in a new local music initiative at Sea Tac Airport: Experience the City of Music. It is a cooperative effort by the Port of Seattle, Seattle Music Commission and PlayNetwork that will showcase the northwest region’s music culture and enhance the experience of millions of passengers who pass through Seattle-Tacoma International Airport each year. Click here to view the Press Release.

Read more about it: http://www.playnetwork.com/#/our-company/sea-tac/